My mom never let us burn candles when we were growing up – at least, not unless it was a holiday, and they were sitting on the dining room table fully attended while we were eating our dinner. Then we’d promptly blow out the candles as soon as the holiday dinner was over. I have no idea if that’s normal? But it was definitely normal for us.

Being the paranoid, anti-fire person she is, my mom totally turned me onto battery operated candles. I’ve had a few flameless candles on my mantle for months and they are just so peaceful! And then, I don’t know if you’ve seen them, but you can also get battery operated candles with flames! Or at least faux flames, but they actually look real as long as you’re a few feet away from them.

I had three of the faux flame candles and four of the flameless candles sitting on my mantle for a few months. I was really enjoying them until my husband pointed out that our mantle looked like a shrine with all of the candles up there. Ha! He pretty much ruined the grouping of them for me, and I had to find some of them other homes. Men! 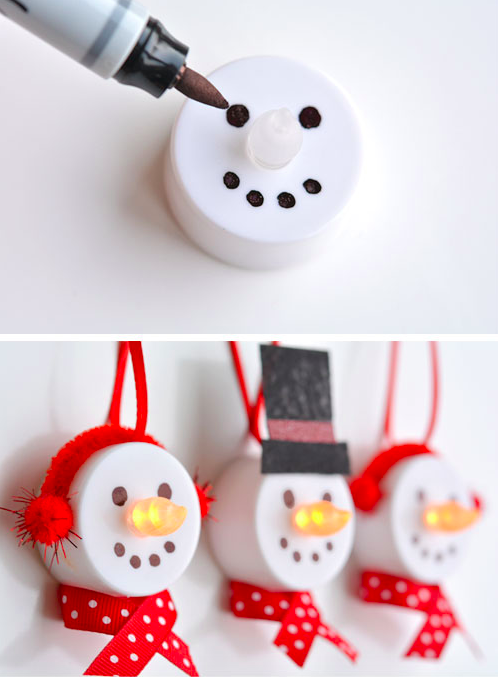 These dollar store tea lights aren’t going to win any awards by tricking people into thinking they have a real flame, but they are PERFECT for these little snowman ornaments. Did you ever think a fake plastic flame could substitute for a snowman nose? I know I didn’t! But it’s pretty much exactly what a carrot would look like!

I got most of the materials for this craft from the dollar store. And then the ribbon and Sharpie I got from Michael’s. I found very similar materials on Amazon if you’re having trouble finding anything, you can check out the affiliate links in the list below. 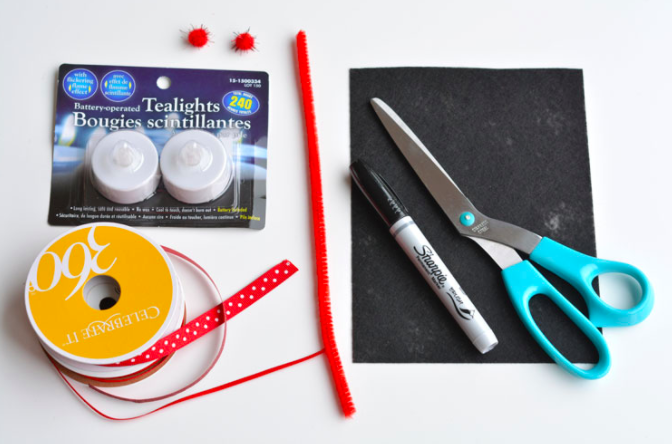 Use the black Sharpie to draw a simple face onto the tea light. You can use googly eyes if you want, but I preferred the look of the black dots. 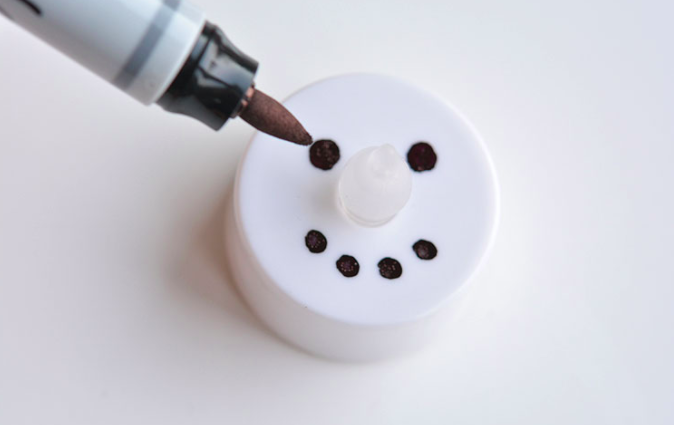 Cut a piece of red pipe cleaner to approximately 2.5″ long. 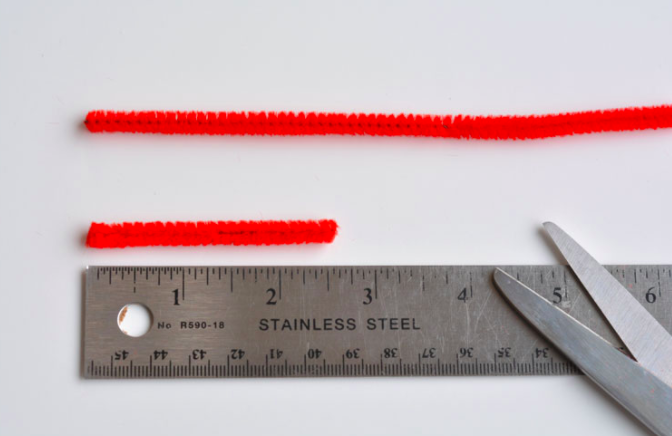 Curve it around the tea light and then add a small line of hot glue on both ends to hold it in place. Don’t glue it the entire way around because you’ll need to be able to slide the ribbon under the pipe cleaner later. 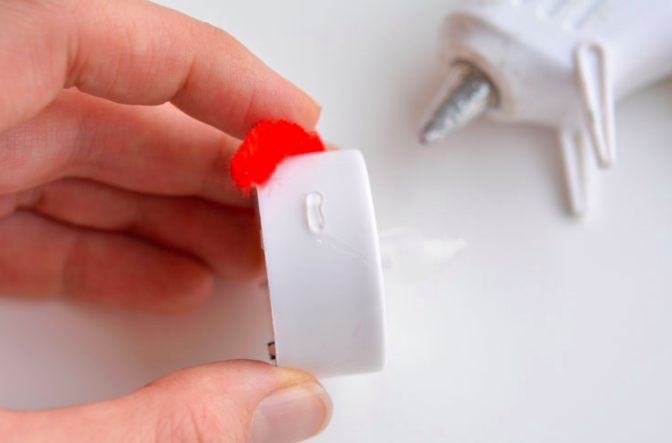 Add a generous dab of hot glue where the ears would be and add the pom poms. Now your snowman has ear muffs! 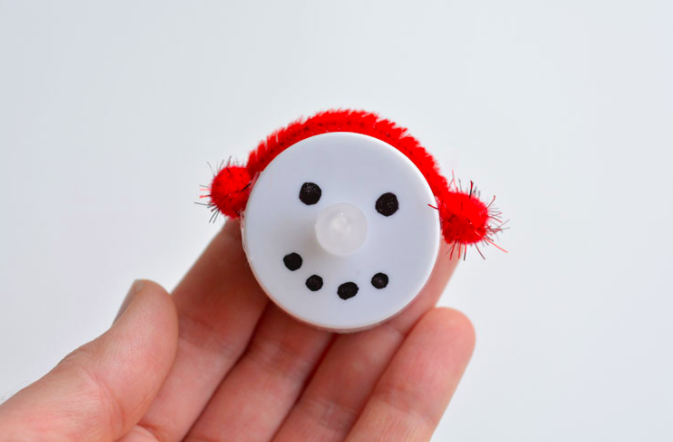 Cut out a piece of ribbon to be approximately 4.5″ long. Then cross it over itself like in the picture below and add a small dab of hot glue to hold it together. I found this was the best way to make the ribbon look like a scarf. 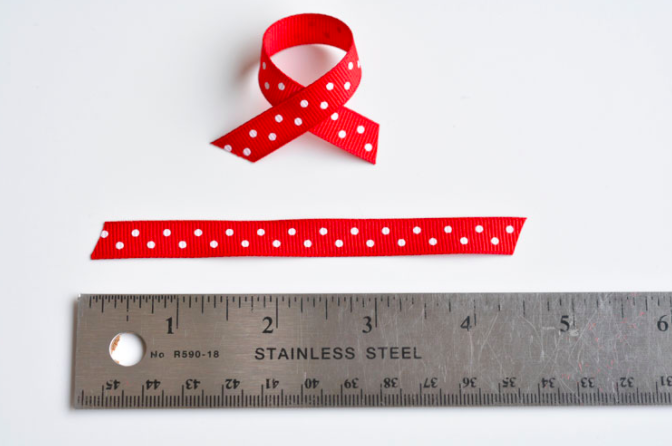 Add a small line of glue to the back of the “scarf” like in the picture below: 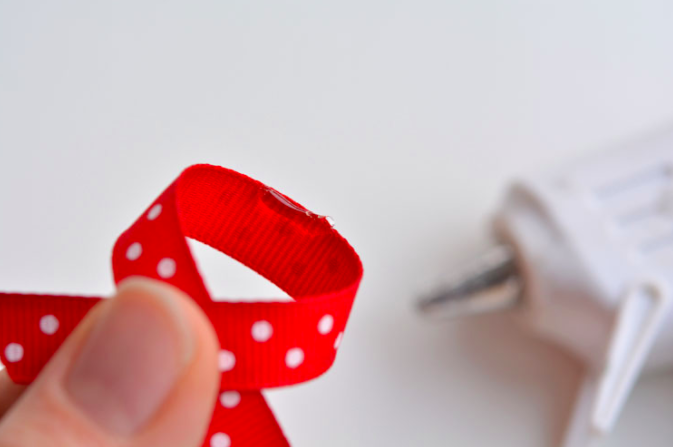 The scarf should naturally pop back to the position shown below without adding more glue. 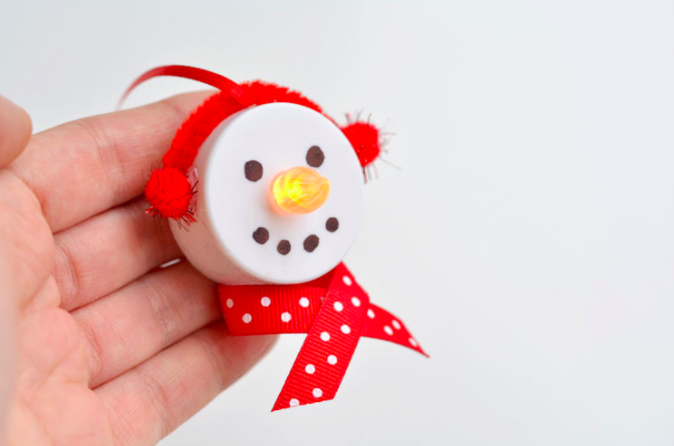 Cut a piece of the thinner red ribbon to be approximately 11″ long and then slide it under the pipe cleaner. 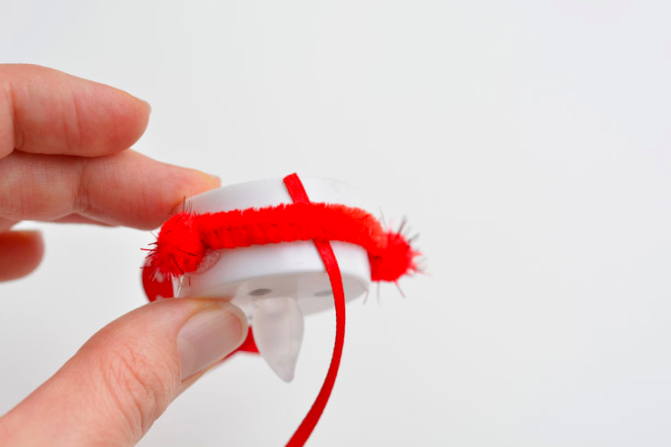 Then tie a tiny knot in the ribbon to keep it together.

The tea light flame is white when it’s turned off so you’ll probably want to colour it orange with a marker to make it look like a carrot, even when the tea light is turned off.

I definitely recommend using an orange Sharpie for this next part. I didn’t have one, so I had to resort to using one of the kids Crayola markers. It worked for the time being, but it rubs off really easily, so it’s not going to last very long. Here’s the finished snowman with the ear muffs. So cute! 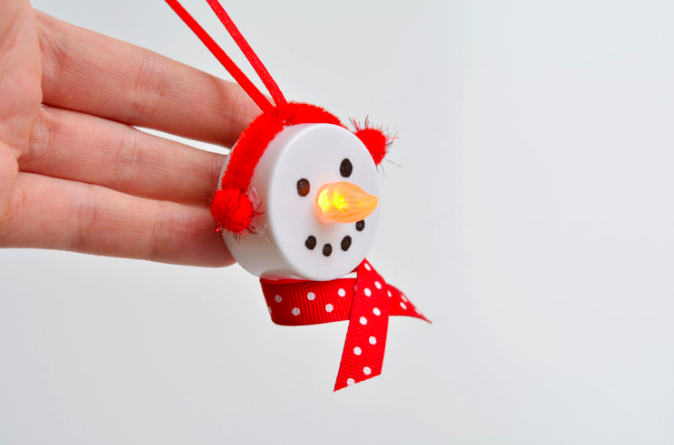